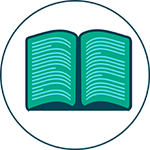 FOLA's 25th anniversary was marked by the publication of a booklet celebrating key milestones in our history.

FOLA is Friends of Libraries Australia.

We began life 25 years ago as a national non-profit with a mission to foster the development of Friends groups in support of libraries across Australia. Traditionally, “Friends” are library members who join in an association to support the development of their library.

More broadly defined, friends are an essential part of life for institutions as well as for people. Today, the very fabric of our society is changing before our eyes. What has not changed is the essential role libraries play in our communities. Also not changed since FOLA’s foundation is the need for public support of libraries, as provided by Friends groups.

Today, demographic, economic and technological change require us to rethink what it means to be a Friend. In the 1990s, Friends groups were instrumental in helping libraries raise funds, provide services, advocate for facilities, and much more. Of the many successful grounds around Australia, some exemplars can be found at Stirling (SA), Toowoomba (QLD), Balmain (NSW), and Barossa (SA). These Friends grounds display the varied characteristics of supporting better libraries for their communities.

Today we are reimagining our mission as the national voice and advocate for Australia’s exceptional, yet under-recognised and under-appreciated, public libraries. We hope you will join us on this journey, and do your part to speak up in support of your local library.

FOLA is part of a worldwide network found in many countries, including the United States, Canada, the United Kingdom, Germany, the Netherlands, South Korea and New Zealand.

Our libraries would not be the same without your interest and support. As FOLA’s foundation patron, the Honorable Michael Kirby, has said:

Libraries are, of course, vital for knowledge and creativity and thus to Australia’s economic place in a highly competitive world. But, more important than this, libraries are essential to the creative spirit of human beings and to their intelligence and moral sense. Anything that supports libraries is a vital contribution to the civilization of our country.

We'd love to hear from you!